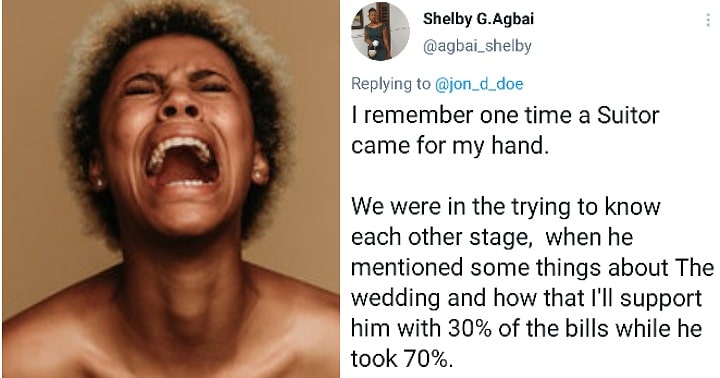 A lady identified as Shelby Agbai has revealed how she ended things with a suitor after he mentioned that she’d contribute to their wedding.

Shelby said they were still in the talking stage when he mentioned that they’d be sharing the wedding bills. From that moment, she decided to end the relationship.

“I remember one time a Suitor came for my hand. We were in the trying to know each other stage, when he mentioned some things about The wedding and how that I’ll support him with 30% of the bills while he took 70%. I think that suggestion was the reason why I didn’t marry him.” 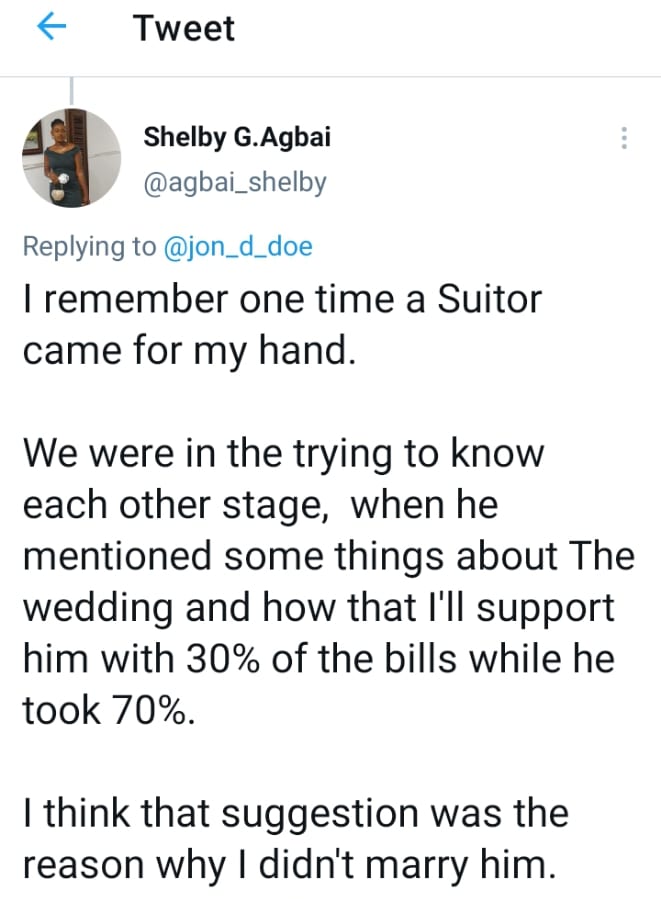 “Soso is not my friend, he’s my enemy. He sent people to come and kill me in Port Harcourt” – Singer, Harrysong says “90 percent” of people claiming to be his friends are not friends