Congratulations are in order for popular Nigerian comedian, Bukunmi Adeaga-Ilori, better known as Kiekie, as she reveals she’s pregnant and expecting her first child.

The skit maker shared the good news with her teeming fans and followers in an Instagram post on Tuesday, September 20, while flaunting her baby bump. Kiekie shared an adorable video which showed her bulging tummy with a song, “L’oruko Jesu,” dedicated to her unborn child and full of praise and prayers for the child. 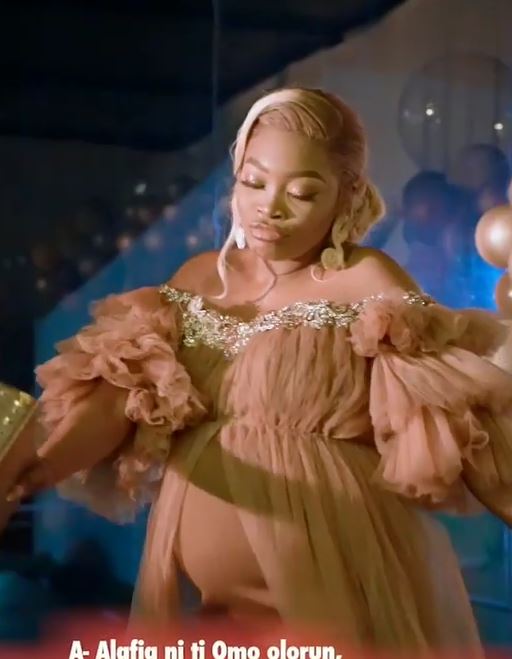 Sharing the news, she wrote, “Look who’s going to be a mummy. Me wey never fall dann inside rain before! One small drizzle bayi! I fell pregnant Danu Danu!”

A while ago, KieKie reacted to a viral video showing her “fall” off stage at the Trendupp Awards.

The skit-maker was the host for the event, which was held over the weekend, and a video showing the moment she had a horrible fall on the stage is currently making the rounds online.

In the viral clip, KieKie appeared to have tripped and fell off the stage while she danced.

However, in a post on her Instagram Story on Monday, thanking those who checked up on her and expressed their concern, she noted that the fall was a prank.

She also shared a video which showed the moment she and her team planed the prank moments before the show.

#BBNaijaFinale: How viewers voted Phyna to become winner of the show