A Nigerian man was left in shock after he spotted two visually impaired men who were begging for alms operating their phones after he gave them money.

The man had minutes before handed the men money after he saw them at the spot where they sat begging for alms. 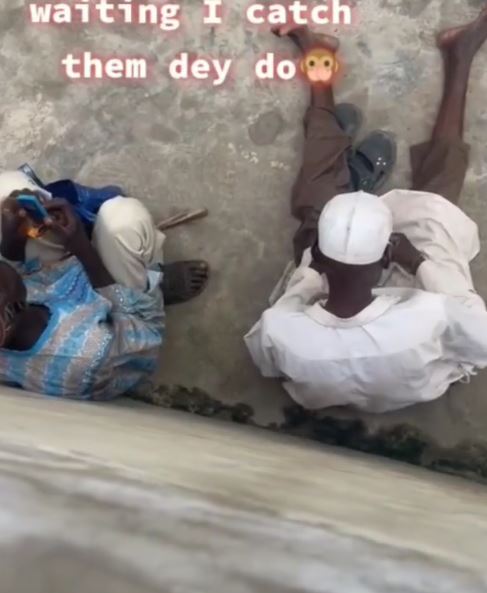 However, shortly after he left them, he saw them operating their phones.

He filmed the men in the act and shared the video on social media.

In response to the video, some social media users concluded that the men were pretending to be blind to garner sympathy, while others averred that the men could have trained themselves such that they could operate their phones even without their sight.

In other news, a young widow has taken to TikTok to share her agonizing experience with her late husband’s family after his sudden death.

The mother of two, identified as @kleivmaris.1, shared a video showing herself, her late husband and their two children and narrated what she went through in the hands of her in-laws.

She said she was accused of killing her husband barely a day after his death, and was called a ‘thief’ because she said her husband is not as rich as they thought.

She said a month after his passing, she was chased out of their matrimonial home with her kids for refusing to engage in a ‘diabolic plan’.

Speaking further, the grieving widow said they seized her husband’s properties and claimed he was indebted to his siblings so they will hold on to his properties till her children are old enough to come for them.

To make things worse, she said she and her children were not allowed to visit his grave because her in-laws claimed they are “disturbing her late husband’s spirit”.

Following the dehumanizing treatment, she said she wanted to return her bride price but her father-in-law told her to give the money to her late husband’s spirit.

She said she then decided to relocate with her two children to have a fresh start, and now they are thriving and doing fine.

Published on 6 mins ago 1 min read