Nigerian crossdresser and entertainer, James Brown, has shared his father’s reaction to receiving a pricey gadget from him.

The self-acclaimed Princess of Africa claimed that he had recently purchased an iPhone 13 for his father, who wouldn’t stop thanking him for the phone. 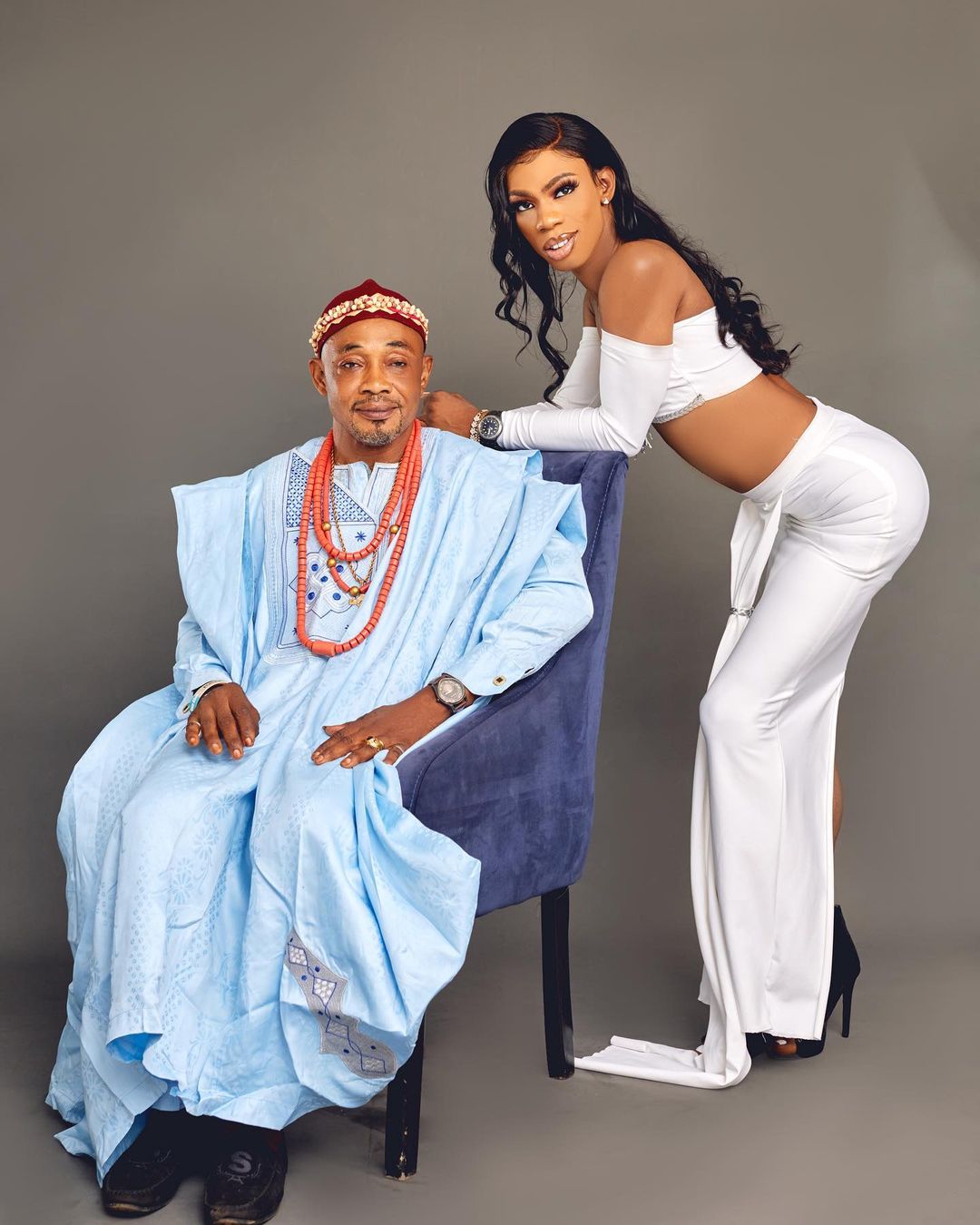 James, who revealed that since his father received the phone, has become very active on social media, including opening a Snapchat account and sharing a series of messages he received from his father on Snapchat.

James shared a voice recording of his father showering him with prayers and thanking him for the smartphone.

In the audio clip, the father noted that he was enjoying the phone but noted that it was consuming a lot of data. He went on to pray that God would continue to bless his son.

James said it was incredible that his father could have learned about Snapchat and navigated how to use the social media site. He, however, stated that he believes that his dad must have received instruction on how to utilize the platform from someone.

A while ago, James Brown splurged millions of naira on a brand new Range Rover for himself.

James Brown took to his verified Instagram page to flaunt his latest acquisition. He shared a video of himself, his sister, Gracious Brown, and friends taking a spin in the new luxury whip.

“HEY DURLINGS , i just got myself a new whip 🏎🔑 Congratulation to me 🥳”. He wrote.