A trending video shows the hilarious moment a Nigerian boy outed his mother to his father after receiving a ‘very small’ bribe.

Apparently, the little boy requested for noodles and egg from his father in exchange for his mother’s secret and he didn’t hesitate to divulge them.

In the viral clip, the father gave him the ‘bribe’, and then told him to tell him the things his mother does behind his back.

After receiving the ‘bribe’, the boy started itemizing his mother’s little secrets without thinking twice. 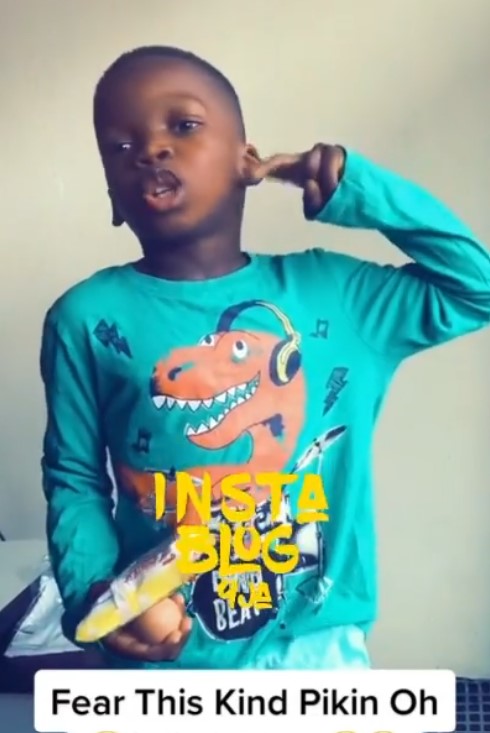 Firstly, he said his mom sprays his father’s perfume on her cloth whenever he’s not at home.

Secondly, he said his mom wears his father’s clothes whenever she’s going to the market and he’s not around.

Thirdly, he said his mother uses his father’s phone to call her friends when he’s fast asleep.

Astonished by the revelation, the father queried him for not reporting his mother to him all this while and only did, after collecting a bribe.

In response, the boy said his mother also bribes him with a cereal called ‘coco pops’ to keep her secret.

Out of ‘anger’, the father forcefully collected the noodles and egg and said he won’t cook it for him again.

The little boy was disappointed in his father for being petty and said, “Can somebody not tell the truth again?” lol.

Watch the adorable video below,

“I was raised better than that”– Hailey Beiber denies snatching husband, Justin Beiber from his ex, Selena Gomez (video)

Published on 12 mins ago 2 min read

Published on 22 mins ago 2 min read

“I was never directly insulting her”