Reality TV star, Tochukwu Okechukwu better known as Tochi, has shared the message he received from an internet fraudster posing as the deceased Queen of England, Queen Elizabeth II.

Recall that the Queen, who was the longest-reigning monarch in England, passed away on September 8th 2022 aged 96.

Riding on the monarch’s demise, the scammer slid into the Direct Message (DM) of the former Big Brother Naija star on Instagram and claimed to be the late queen. 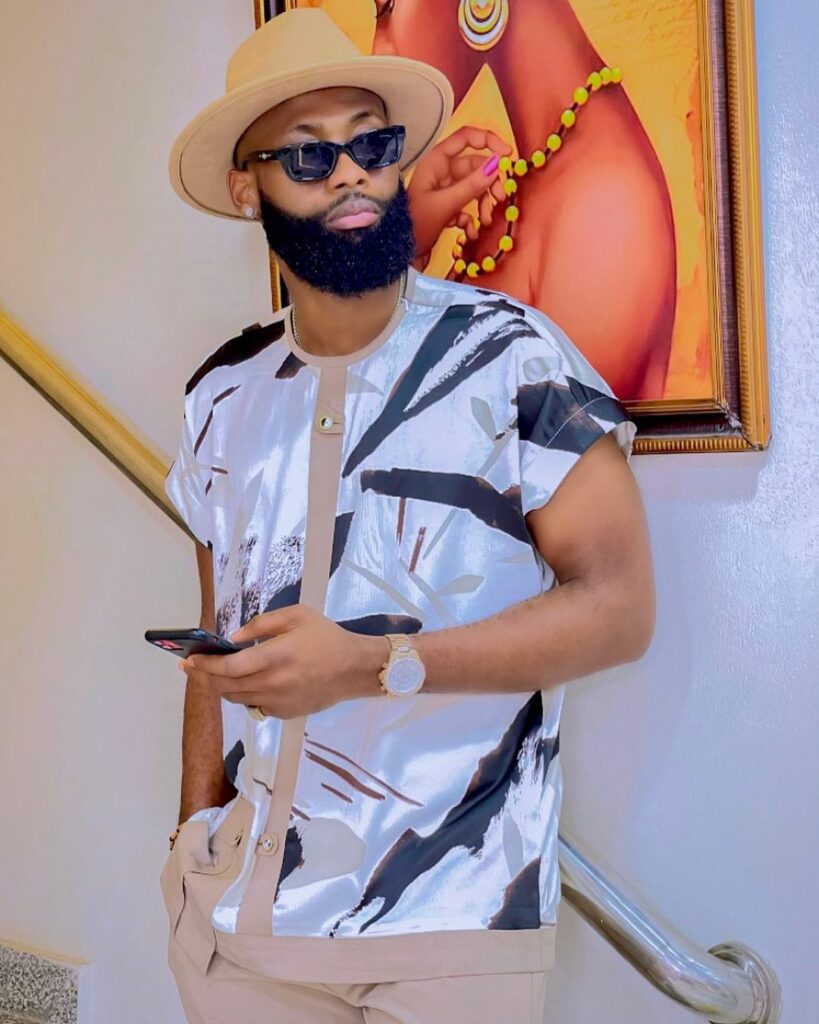 The scammer claimed ‘she’ is not dead and that her son, Charles, abandoned her in a deserted Island so he could ascend her throne. He then asked for $300 as ‘transport fare’ to return back to Buckingham Palace in the UK

The rather amusing message reads,

“Hey, it’s me, Queen Elizabeth, I am not dead. Charles sent me to a deserted island so he could be king. I don’t have access to my royal money so please cash app me $300 so I can get back to the UK.

Reacting to this, Tochi expressed disdain at the imposter and called him a ‘psychopath’ for taking advantage of the Queen’s death. 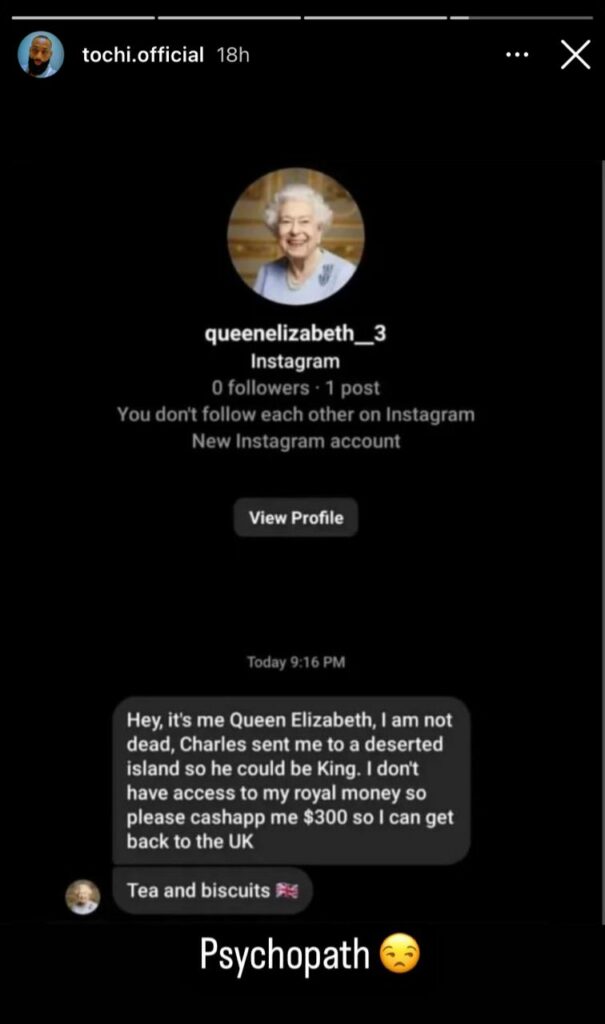 In other news, Tochi recently stated that all a woman wants from a man is his love and attention.

I am healthy and ready to serve Nigerians from Day one – APC Presidential Candidate, Tinubu writes as he shares video of his workout session.

#BBNaijaFinale: How viewers voted Phyna to become winner of the show