A lovely little girl has taken netizens by surprise after a video of her displaying her impressive talent was shared on social media.

The now viral video which was shared online shows the lass tending to an adult’s hair with all seriousness like a professional would. 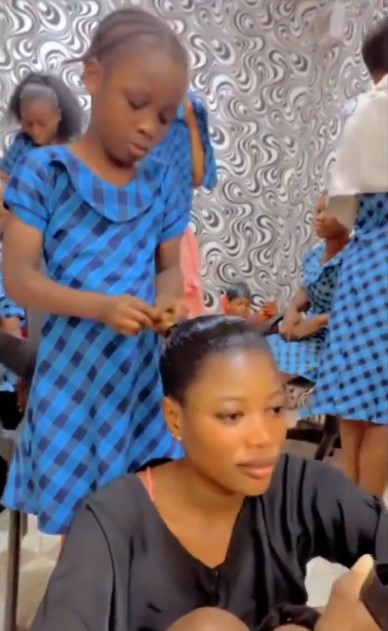 The cute young lady is spotted donning a uniform alongside other hairstylists who were working at the salon.

She’s seen keeping her focus as she beautified the adult client’s hair. Her video was met with a lot of reactions as netizens expressed how they were in awe of her rather impressive talent at such a young age. 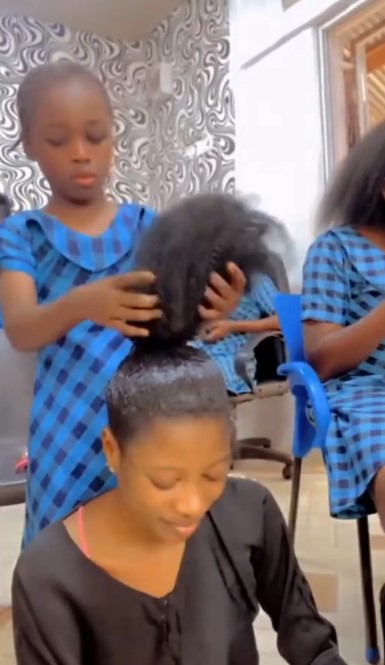 Watch the video as you scroll,

In an unrelated report, it appears that the internet is yet to see the end of transformation video trends as netizens continue to shock users with their content.

In a new video that was shared online, a young lady wowed social media users as she showed off her what she used to look like before compared to what she looks like now.

#BBNaijaFinale: Daniella has been evicted from the Big Brother Naija house

Published on 32 mins ago 1 min read