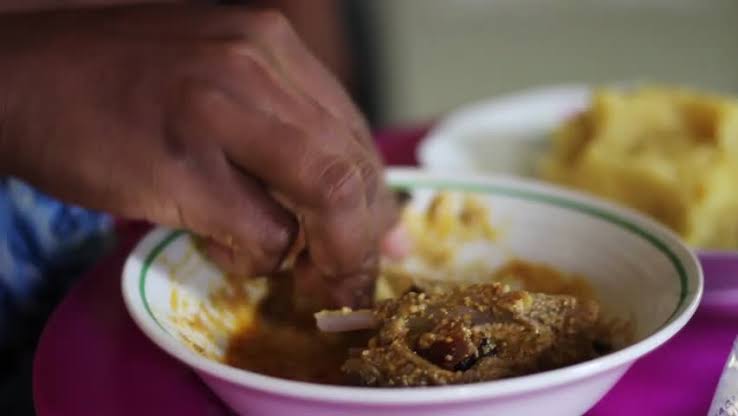 A Twitter user has spoken out about a tacit rule that should be observed by women in relation to their men.

According to the Tweep identified as, Uncle Sarm, when a man is eating together with his wife from the same plate, the woman should not carry meat first. 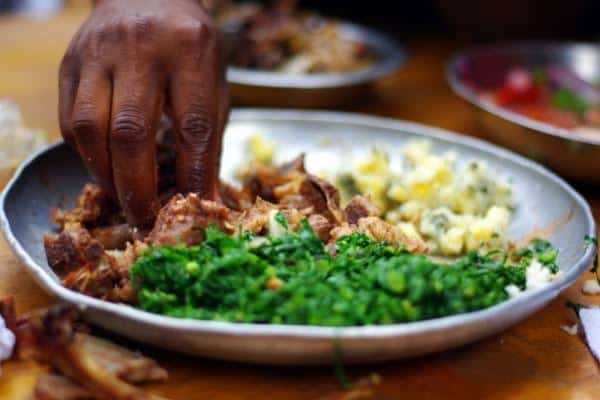 Uncle Sarm asserts that when a woman takes meat before her man does, it shows disrespect.

“When eating with your boyfriend/husband, no matter how many pieces of meat in the food, do not take meat first, it’s a sign of disrespect.” 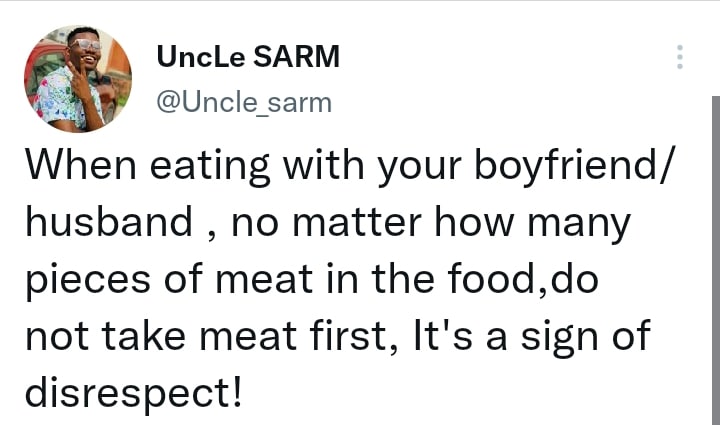 @bowiny wrote: “Isn’t that being too petty. Imagine not speaking to your wife because she ate meet first any the whole house is upside down!! Just meat! What if she ate some while she was cooking, what will you term that? It’s greed hiding under custom bro. That’s greed.”

@Uk_MoneyBag: “l’ll take meat first and nothing will happen.Even if it wasn’t me that prepared the food cos why not?” 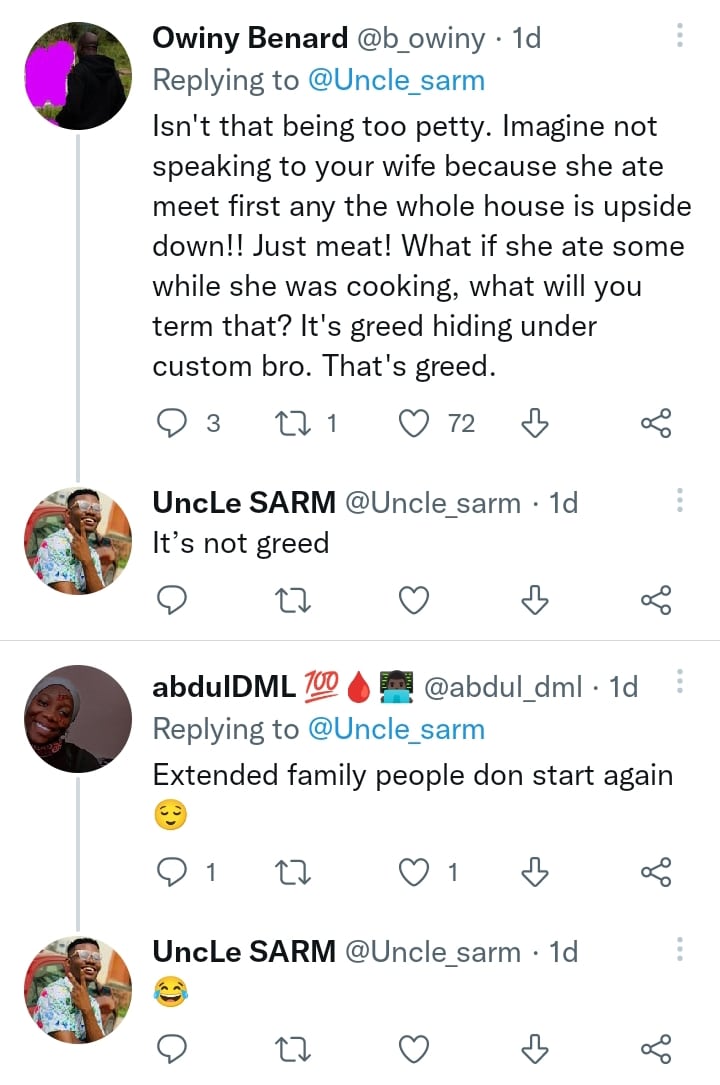 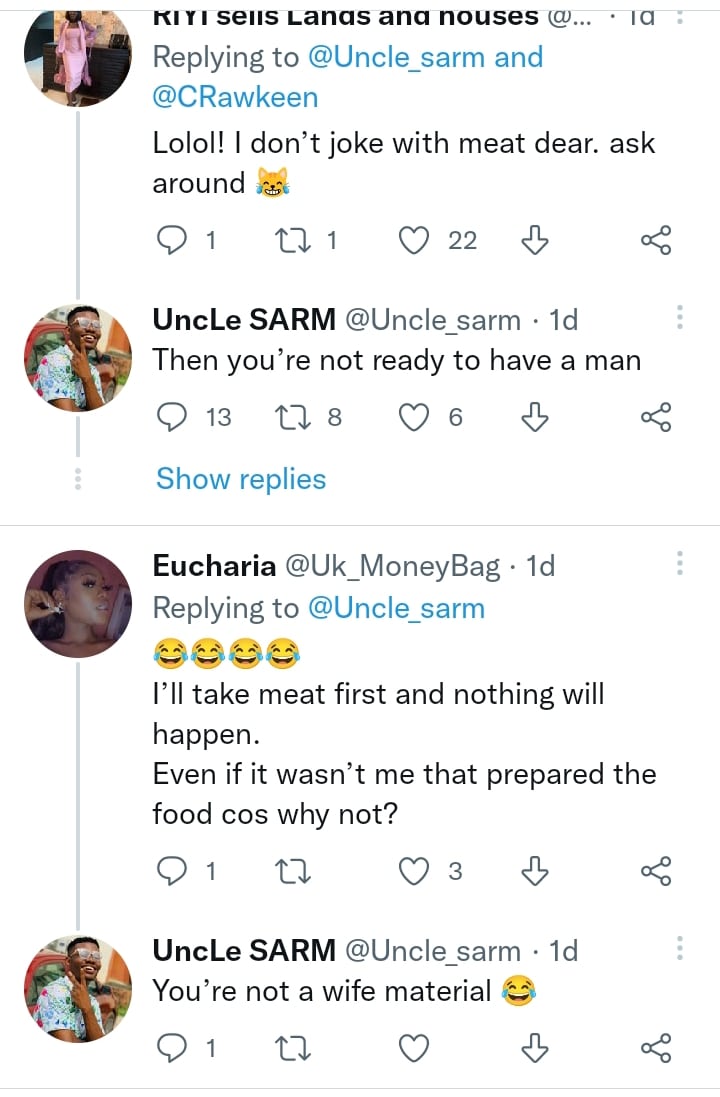 Published on 37 mins ago 2 min read

Published on 39 mins ago 2 min read