An Abuja-based woman has recounted how she had a growing baby in her womb for 32 weeks and had no idea.

The woman who recounted the experience on Twitter said she was wheeled into the hospital this time last year, thinking she had a severe liver problem, only to discover she was 32 weeks pregnant. 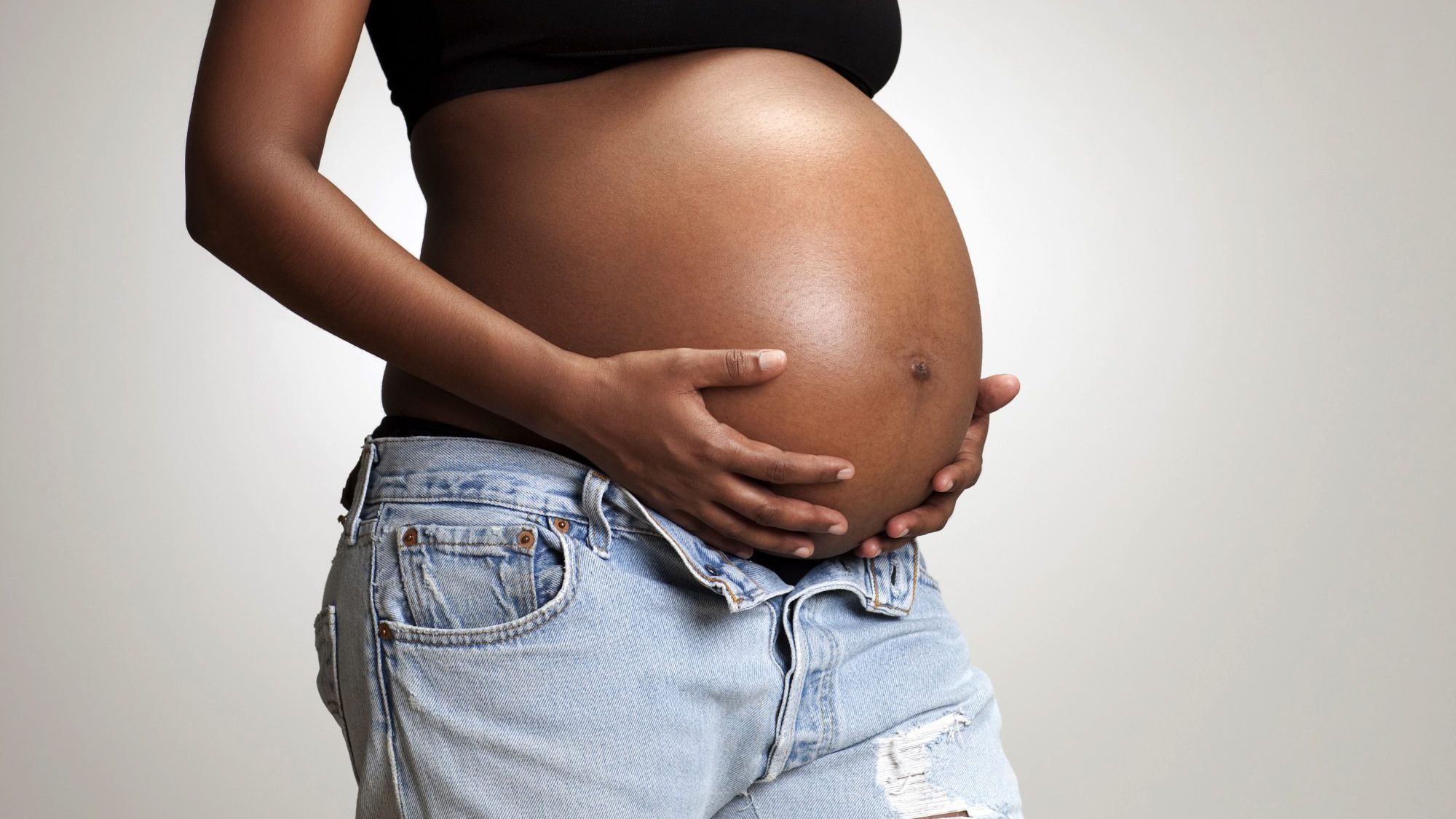 According to her, all along she showed no pregnancy symptoms and had no idea she was pregnant until she was told at the hospital that she was 32 weeks & 2 days pregnant.

She noted that she had no reason to suspect and when she was 5 months pregnant, she stumbled on a Twitter thread where women shared how they didn’t know they were pregnant until it had fully developed, and she thought it could never be her, not knowing she was pregnant already.

“It was around this time, on this same day last year that I was wheeled into the hospital with my family thinking I had a severe liver problem, only to be told I was 32weeks & 2 days pregnant.

What’s worse? I stumbled on a thread of women telling similar stories like this around when I was 5 months & I said it could never be me. Little did I know it was Infact me. So all of you people quoting this should better check yourselves & be very much aware because ICIBY”. 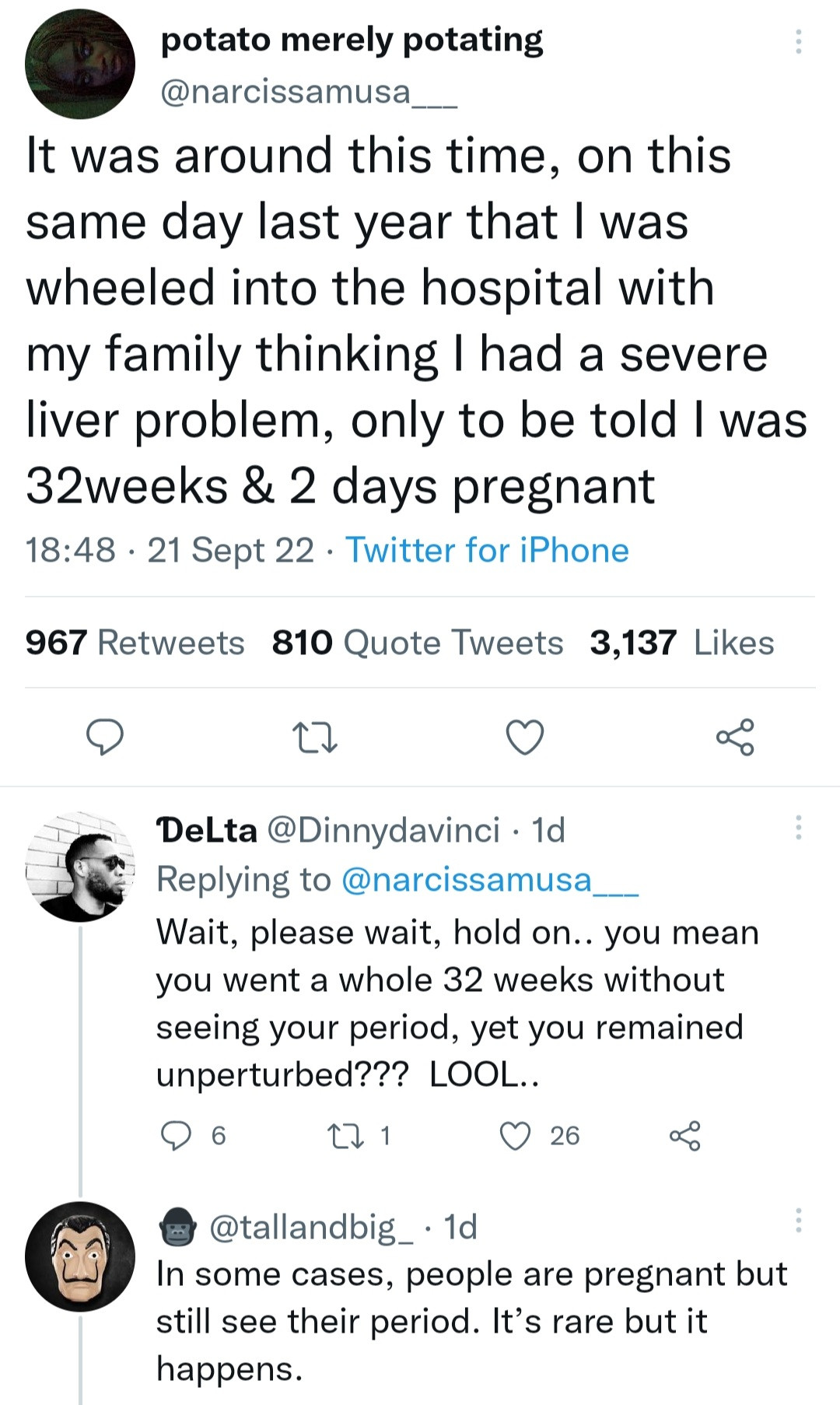 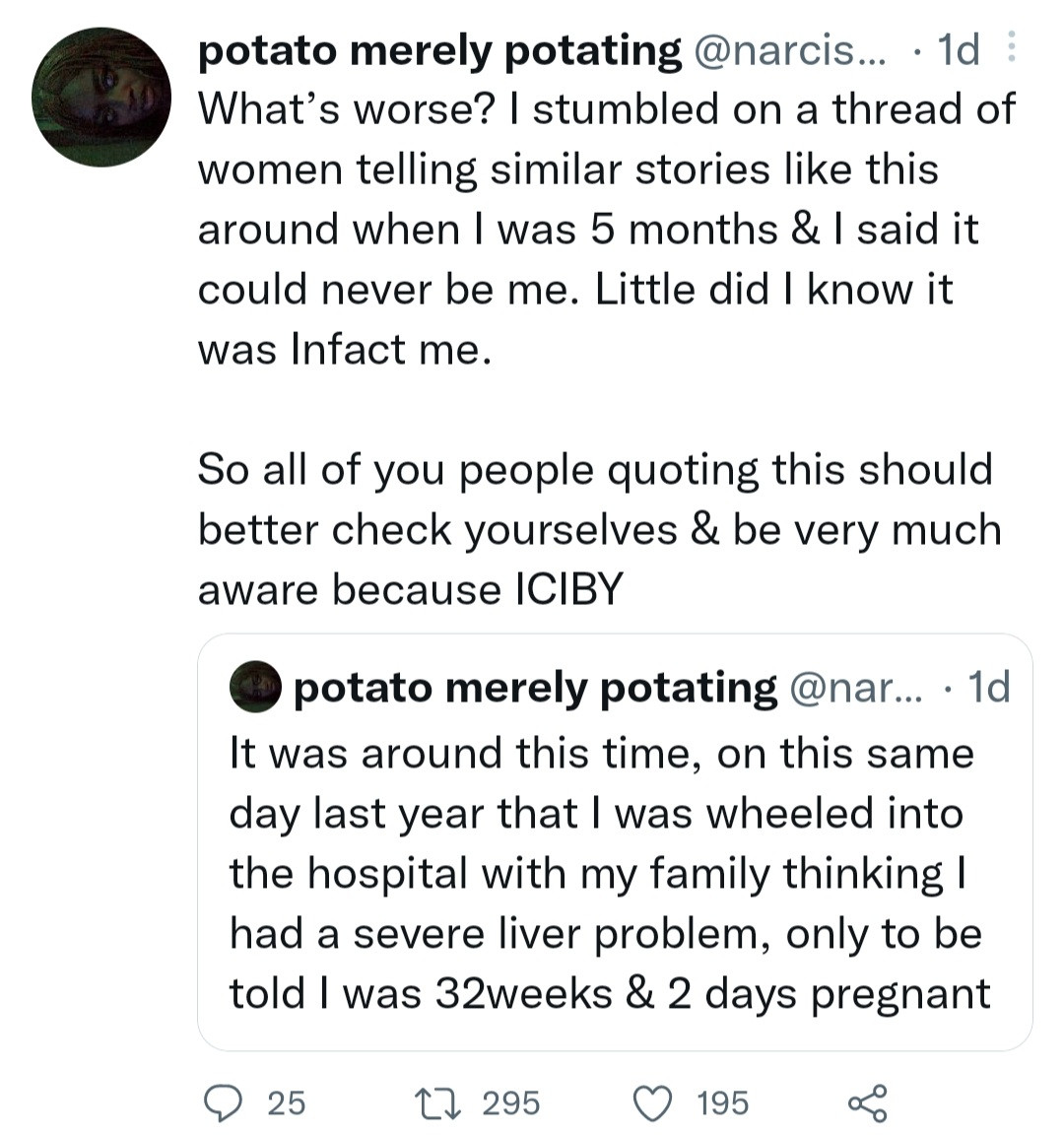 #BBNaijaFinale: Daniella has been evicted from the Big Brother Naija house

Published on 39 mins ago 1 min read